Microsoft today released the first Chromium Edge builds for Windows 7, Windows 8, and Windows 8.1. You can download the preview now from microsoftedgeinsider.com.

In December, Microsoft embraced Chromium for Edge development on the desktop, announced it is decoupling Edge updates from Windows 10 updates, and said that Edge is coming to all supported versions of Windows and to macOS. In April, Microsoft released the first Chromium Edge builds for Windows 10 (daily Canary and weekly Developer channels), but only for the 64-bit version and only in English. More features and macOS builds followed in May.

Microsoft has now delivered on its initial promise — Chromium Edge is now in preview “on every major desktop platform.” Despite Microsoft’s love of Linux, however, the company has yet to mention the operating system in its Edge announcements. Rumors of a Chromium Edge for Linux continue nonetheless.

“Delivering the next version of Microsoft Edge to all supported versions of Windows is part of our goal to improve the web browsing experience for our customers on every device, and to empower developers to build great experiences with less fragmentation,” the company said today. “Microsoft Edge will have the same always up-to-date platform and the same developer tools on all supported versions of Windows and macOS. This will reduce developer pain on the web, while ensuring all Windows customers have the latest browsing options.” 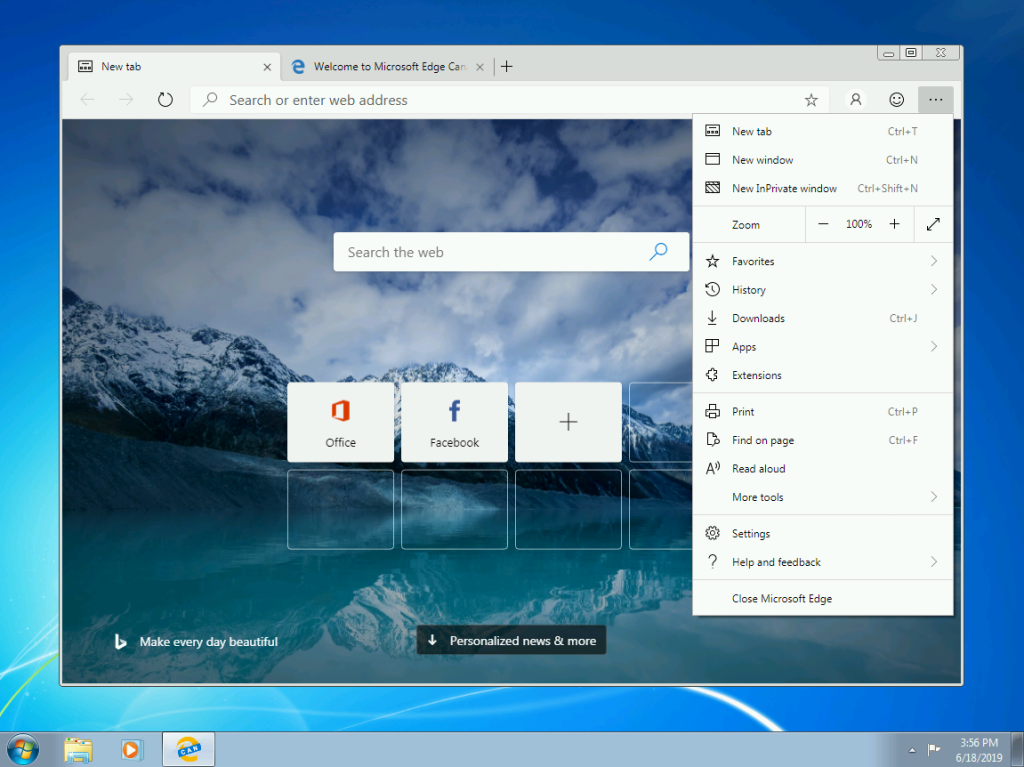 Chromium Edge is apparently considered more stable on Windows 10 and macOS. But not stable enough for Beta status. Microsoft has previously said that Beta builds are coming “in the future.” The company didn’t mention the Beta channel today, so the wait without a date continues.