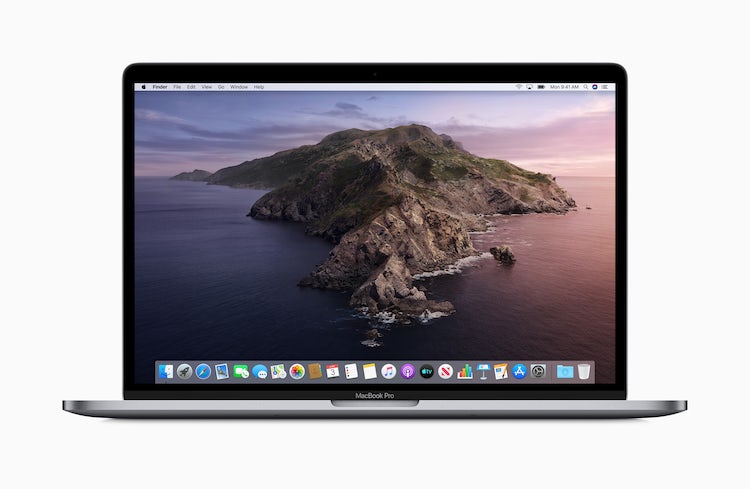 I’ve always liked those ads that show grey-haired executives whizzing around the planet.

You know the ones. They are shaking hands with a client in Japan; sitting in the back of a car in Frankfurt, looking at the streetlights; striding through the airport somewhere in the US with a purposeful look on their tanned face; and then landing back home to be met by their loving spouse and two kids, who charge across the arrivals hall to squeeze their long-lost champion.

It’s all cock of course. The ads that are meant to target this crumpled army of corporate travelers are a massive joke.

READ MORE: Binet and Field’s research may not be perfect but that doesn’t make it wrong

We just don’t look like that. To travel internationally means to be grey. You wake in hotel rooms and pause while clarity slowly emerges from the dark.

‘Where am I?’ your brain asks, and you stare up at the ceiling and wait – wait for the jet lag and weariness to part, and for your location and reason for being there to become apparent. As you age it can take several minutes.

To properly business-travel is to be tired in your bones. Foreign hangovers, 4am wake-up calls and the eroding effect of air travel take their toll.

The whole company is missing the ‘simple stick’ that their founder once beat them with on a daily basis.

We don’t sit in the back of cars looking at the lights, we doze off holding our smartphones to our faces. We sleepwalk through airports like zombies. The minute the wheels are up, the bed is down and we are gone.

And when we get home nobody meets us at the airport. That only happens when you travel once a year or are having an affair. Your arrival is unheralded. You wander to belt six, pick up your bag and prepare for imminent abuse because you were away for a whole week and your family needed you.

And through all of this your best mate is your bag. Only fellow bazillion-mile travellers will understand what I am saying.

Your bag is permanently on the road with you. It’s the first thing you look for in the morning, to make sure the laptop and phone are there. It’s the last thing you push, tenderly, into the overhead compartment before you collapse into the bed below.

A plethora of cables

I’ve had four great bags in my life. Roughly one for every five years I’ve spent doing this shitty long-distance travel thing. A great Vuitton shoulder bag that someone stole from me in a bar in north London.

A Samsonite beauty that was almost indestructible, but lost the fight on a particularly fraught trip to Seoul when things got very, very out of hand.

And now I have a very sexy Loewe. No, not a telly. Loewe is an amazing leather goods brand from Madrid that I worked with for a while.

It brought in the super-sexy designer JW Anderson and I bought one of his collection bags – a beautiful green thing with a lovely orange interior, which has this weird ability to look really cheap despite costing more than a small car. Let me show you a picture of it.

You will note several things from this photo (which has not been styled). First there is a pair of underpants in there and a small toiletries bag. Somewhere further within sits a pair of dirty socks too. For overnight trips I can survive with just this bag, which makes travel much easier.

What you cannot see here is the little MacBook that lives inside. It’s the smallest one. Thirteen inches of upgraded power that has never let me down. But what you can definitely see is the thing that makes my life miserable: the cables that go with my MacBook. I counted them after I took the photograph above. I have twelve. TWELVE. A dozen different wires, connectors and adaptors for one little laptop.

I have that many because the only port on my MacBook is a USB C. When I bought my new laptop I actually loved the simplicity of a single hole. But I was not factoring in the various things I would need to do to that single hole and how complex things would get once I started to try and actually utilise it.

You see, that single USB C port has to connect to HDMI (or VGA in B2B companies) and to power, and to a USB stick – and those usually come in only the bigger 2.0 format. And it turns out some USB C cables do charge my laptop while others just carry data.

READ MORE: Mark Ritson: Talk of crisis could be a death spiral for Thomas Cook

With the introduction of Thunderbolt 3, which is not the same as USB C but looks exactly the same, things have become worse. There are instructional videos about this somewhere but I have not yet accessed them. You can use Thunderbolt 3 cables in a USB C port, unlike Thunderbolt 2, but you cannot use USB C cables in the Thunderbolt port. Or something.

And then there are the phone connections to worry about. Originally a single cable charged my iPhone from my laptop. I keep buying either a USB 2.0 cable with a Lightning connector (no good because of my single hole); or I get the right USB C cable, however it ends not in a lightning connector but a Mini B, which looks similar to Lightning but won’t work in your iPhone no matter. How. Hard. You. Push. The. Little. Fucker. In.

You can get round a lot of this by purchasing a little adapter but even that, if it does not end in the USB C, is also useless and comes in about 25 different variants that all look white and the same. And don’t event start me on plugs that come ready to power a USB 2.0 but not USB C.

Add all this up, then get yourself in a hurry in an airport, and I defy you not to end up with as much cable as a dodgy electrician. And all of it sits there in your bag strangling everything else.

Every trip to your bag is a simple moment of beauty as you lift your smooth, tiny Macbook into your lap. And then it turns into a Tarantino movie as you fight through the dark jungle of cables to find the connection for the dingus.

For any other brand this kind of crappy consumer experience would probably not prove fatal. If I had bought an Asus or HP I would have expected – probably welcomed – a sea of stupid cables that got in the way of things working properly. But I paid top dollar for Apple partly because it is the simple machine.

When Steve Jobs starting fashioning Apple into the big, gleaming bastard of the 21st century, he did it with an alarmingly obvious position: humanity, creativity and simplicity.

There weren’t any brand triangles brimming with adjectives or six-slide presentations capturing the brand essence, purpose and attributes for our Steve, oh no. He mercilessly drove his organisation to be the anti-Microsoft with three three simple tenets. Be creative. Be human. And keep it simple.

He would hit his design teams over and over again with what they called the “simple stick”, and demand more creativity and a less complex outcome. His creative henchman Jonathan Ive spoke elegantly and consistently about the beauty of this approach. “Our goal is simple objects,” he once told the Evening Standard. “Objects that you can’t imagine any other way”.

I caught myself admiring a Microsoft ad last week. It was a good few seconds before I shook myself out of my avaricious stare and talked myself round.

And Apple executed the shit out of this position. It took a knife and several semi-serious hand wounds to open a Microsoft box during the noughties. Apple’s gear opened with a tiny pull on a plastic tab.

In an age when Dell boasted 400 million possible PC configurations, Apple had three. Apple’s stores were cathedrals of glass and little else. Simplicity in physical form. And Apple’s advertising was the cherry on a cake baked from simple.

A single black-and-white photo and two words: ‘Think different.’ Or the famous ‘Get a Mac’ series in which a casually dressed Robert Webb was the cool creative one who kept it simple and represented Apple. David Mitchell was the officious, over-complicated nerd who represented Microsoft.

But the sword of brand equity cuts both ways. If you build expectations of simplicity you attract the kind of people who like that kind of thing. And they turn up assuming you will deliver it.

An average tech company would be struggling right now if it had the kind of cable complexity that is engulfing Apple. But for Apple, a company that literally built a brand on less not more, every rummage through the half-kilometre of plastic in my bag is another nail in its perceptual coffin.

And once you emerge from the bag you look around at an Apple that seems so very – well, complicated. There are all those pointless fucking apps from the noughties that you have to delete on your phone or your new Macbook. Apple Mail anyone? Contacts?

And then there is the seemingly endless array of products now engulfing the company. Steve created the iPhone. And when he was ready to improve he deleted it and brought out the next one.

At the moment you can buy an iPhone XR, iPhone XS, iPhone XS Max or iPhone 8. Or you could go with the 7 if you prefer. The whole company is missing the ‘simple stick’ that their founder once beat them with on a daily basis.

I caught myself admiring a Microsoft ad last week. Some sleek, handsome Asian dude is slipping a Surface into his little man bag. He is dressed sparingly. He looks amazing. He is quite clearly enjoying his Surface. And equally importantly, he is clearly not opening his bag to 8,000 cables and a half-kilo of adapters.

It was a good few seconds before I shook myself out of my avaricious stare and talked myself round. But I felt something that had not stirred in two decades: the pull of Microsoft.

The coolness of their products. The sleekness of their look. The simplicity of their approach. The total lack of fucking cables.

IBM’s AI can predict which patients are likely to develop malignant breast cancer within...

We are not in the pursuit of random ideas

Could a computer write a prize-winning ad campaign?