Tyler “Ninja” Blevins has become an influencer and celebrity as the top professional player. And now he is further parlaying that success into writing books. Blevins’s agent Loaded has cut a deal to publish multiple books and merchandise with Clarkson Potter and Ten Speed Press, two imprints of Random House.

Loaded — which is a sponsorship sales, creative, and merchandising services firm for gaming influencers — is partnering with the Penguin Random House division.

As the leading management company for top gamers and live streamers, Loaded oversees the key areas of Ninja’s career, including book publishing, entertainment opportunities, partnerships, appearances, and more. Ninja is the most popular gaming influencer in the world with over 45 million followers across different platforms. Through his collaboration with Loaded and Random House, Ninja is able to bring his engaging personality and incredible gaming expertise to fans offline with a how-to-book, notebook, and a series of graphic novels. 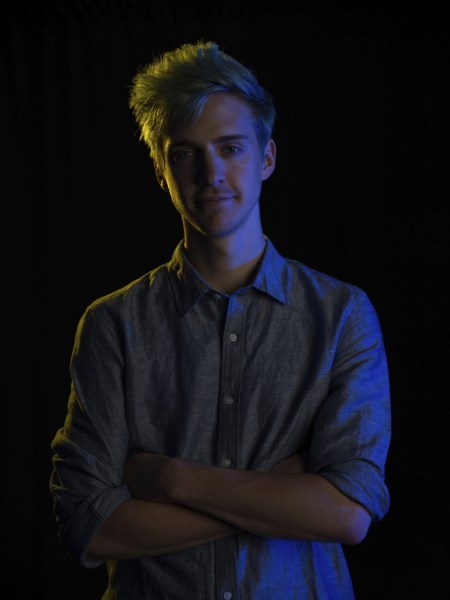 “With every brand deal we make, we want to ensure that our clients are effectively communicating to their fanbases, both online and off. Clarkson Potter and Ten Speed Press allowed us to work hand-in-hand with Ninja to leverage both his skills and creativity in an authentic way,” said Brandon Freytag, founder of Loaded, in a statement. “We are excited to bring these books to Ninja fans and gaming enthusiasts, offering them the opportunity to learn from one of the best gaming how-to books written, as well as transform into a fantastical gaming universe.”

Clarkson Potter and Ten Speed Press will roll out the following products, beginning in August.

Ninja: Get Good — a book coming in August that is the ultimate guide to gaming. With hardworking tips on topics such as gearing up, practicing with purpose, developing a streaming strategy, and pulling together the right team, this book will help players become get better.

Ninja: The Most Dangerous Game — a graphic novel coming in December. It is the first in a series of original graphic novels. Set in a fictional world created by notable comics writer Justin Jordan and comics artist Felipe Magaña, this graphic novel offers a new way for Ninja fans of all ages to experience Ninja’s unmatched wit and skill.

Random House is the first publishing partner for Loaded and Ninja. Over the past year, Loaded has worked closely with Ninja to create authentic brand and digital marketing campaigns with Capitol Records, Samsung, EA, and Red Bull.

Loaded, the gaming industry’s top management firm, is now part of Popdog, the newly formed technology and services company focused on meeting the complex needs of the esports and live streaming industries.

Safari’s ITP lead on Chrome’s tracking prevention: It ‘has a long way to go’