Google is making it easier for Box cloud customers to transfer their files over to G Suite.

Though there are numerous third-party tools that help enterprises migrate between competing services, Google is touting the “first party” credentials of its new offering.

Indeed, the Box migration tool constitutes part of a service called G Suite Migrate, a service that launched in beta back in March with support for just a handful of Microsoft services including Exchange, SharePoint, and OneDrive. G Suite Migrate is the result of Google’s AppBridge acquisition back in 2017.

Moving large amounts of data between services can be a laborious and time-consuming affair, one that’s fraught with potential pitfalls. With G Suite Migrate, Google is setting out to make it easier to assess, plan, and track the migration process. 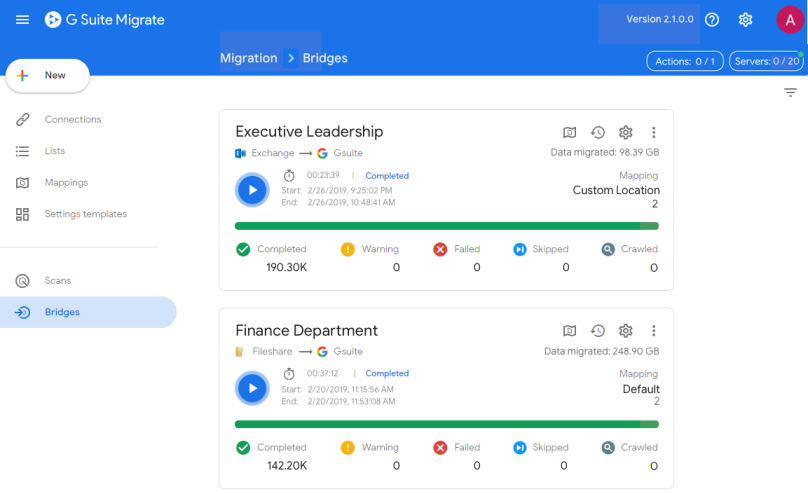 Google and Box recently announced a deep integration between their respective cloud products, one that allows Google Docs users to create, edit, and save their documents from inside Box — after all, many companies subscribe to both services. By adding Box support to G Suite Migrate, Google is clearly trying to tempt enterprise customers to move completely over to its side.

G Suite Migrate is still only available as part of a limited beta program, but those who are signed up to G Suite (not including G Suite Basic, Education, or Nonprofits editions) will be able to migrate from Box starting from today. It’s worth noting here that this is only open to Box Enterprise subscribers, and Box Notes are not currently supported as part of the migration service.

A look under the hood of profitable e-commerce websites